How Shopify 2.0 is winning race of Best eCommerce Store? 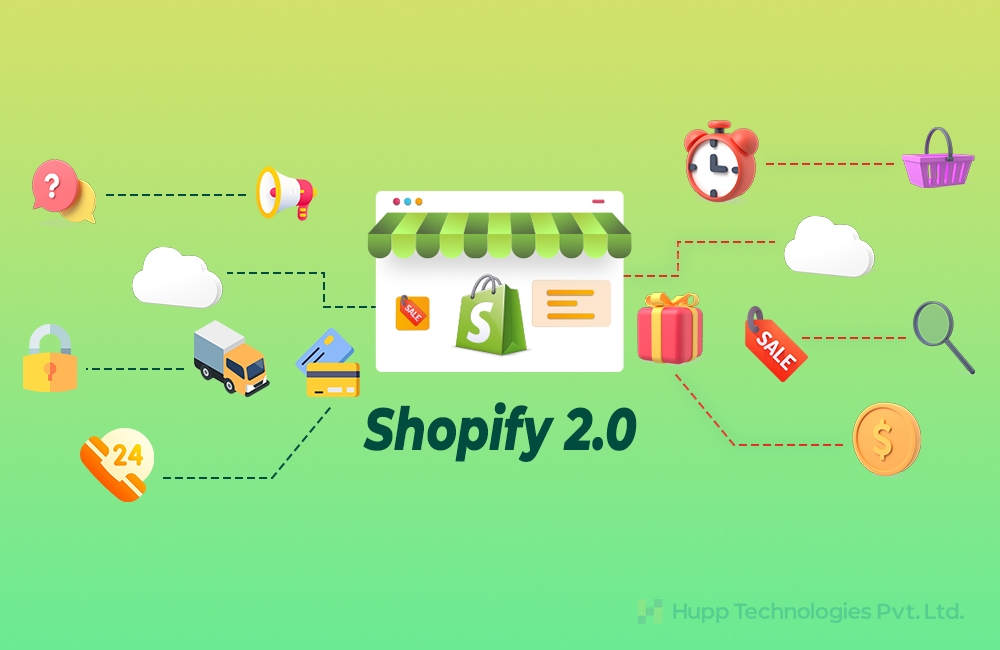 Shopify is a monthly subscription based cloud software. Business owner can manage their store by entering store data, adding products and processing the orders from admin panel. Store created by Shopify is too easy to use and take business online and run it quickly.

Shopify has received more than 450 Million only in 2020 and the company processed $120 + billion in Gross Merchandise Volume. It’s enough to prove that Shopify reaches and growth power.

To make platform more customizable for users, Shopify announced many new features on June 29, 2021. With Shopify 2.0, merchants will receive massive list of new features and themes.

Shopify has represented 2.0 Online store as a “the fruit of the important rebuild of the language usable for template building, the Liquid language.”

If you are planning to bring your online store in Mobile app, Shopify 2.0 is the perfect way for it. With added control on your store, merchants have more options to in app for products.

In Shopify 2.0, company has given very amazing feature updates and now you can also control products’ display in the app. You can create custom collections of products and functionalities like ability to show case sold products for future availability.

1. Upgraded theme architecture
Shopify has upgraded the theme architecture for the online store, providing easier and more flexible customization options for merchants. There are also new opportunities for developers to build themes and integrations that can be easily customized by the merchant to fit their needs.

2. Flexible store content
With new update, developers are free to use dynamic sources to insert standard metafields and resource properties as setting defaults. Now they do not have to hardcore in themes or dependent on APIs for changes in product pages.

4. New developer tools
Shopify 2.0 introduces a whole new way to build themes and apps for merchants. And for this, developer can integrate tools which assist the process of developing, testing and deploying your themes.

5. A new reference theme
Shopify has introduced brand new default theme, called – Dawn, which ties all above mentioned features. Dawn – Shopify theme loads 35 % percent faster than Debut, used by more than half of merchants today.
Dawn theme is usable as a Model as it has already JSON templates for all of its pages. It will be new default theme for all new stores by replacing Debut.

6. The Shopify Theme Store reopening
Shopify has also announced to open Shopify Theme Store to partners on July 15, 2021 to improvements of online Store 2.0. Developer can submit new themes for review and on approval, themes will begin being published.

7. Updating your themes and apps
Merchants have to migrate existing themes to the updated requirements of Shopify 2.0 as soon as possible – especially as merchants expect the flexibilities provided after new updates.

What are the Advantages of Shopify 2.0

With updated theme architecture, there is an update to how apps integrate with the storefront. Currently there is no end-to-end structured solution for apps to easily integrate with themes. Earlier, developers have to build integration logic for every theme and host asses themselves. It makes hard to build features that work consistently across all themes.
To solve these challenges, Shopify has introduced theme app extensions for developers, allowing them to extend apps into merchants’ themes via app blocks.

Yes, It is possible to migrate from version 1.0 to 2.0 but you’ll need to consult with Expert Shopify Developer. .

What do I need to do in my Shopify account to prepare it for my app?

Will my store perform worse if I don’t migrate?

In future all apps and themes will migrate in shopify 2.0, so if any customisation or latest feature if app or theme will be released then in that case you will not use it in store.

Will my store look different in Shopify 2.0 ?

No, It will display the same in the frontend, for the backend there will be an easier option for customise store if you migrate it.

BTW do you hold old versioned Shopify store? Need any support or Suggestions to update it?
“Feel free to write us. We, Hupp Technologies happy to help you.“